This malware name is crazy, we will refer to it as "ramen noodls" for simplicity.

The first stage is a C++ loader that is used to decrypt, load, and execute the 2nd stage shellcode. The program flow of the loader is difficult to follow due to the C++ and some nested structures and callbacks. It is not clear if this was intentional or note.

The shellcode appears to be located in what appears to be a giant Base64 encoded string (not confirmed). This first stage may have alos implmented some PAGE_GUARD exception handling progrem flow redirection for anti-analysis (not confrimed). Dispite this it is trivial to execute the stage until it jumps to the decrypted loaded shellcode (as long as the PAGE_GUARD exceptions are passed to the process).

The first task of the shellcode is to walk the PEB to locate Kernel32.

The process of "walking the PEB" to access the modules loaded in a process as been a shellcode meme since the beginning of shellcode. It's everywhere, and we all mostly understand how it works. 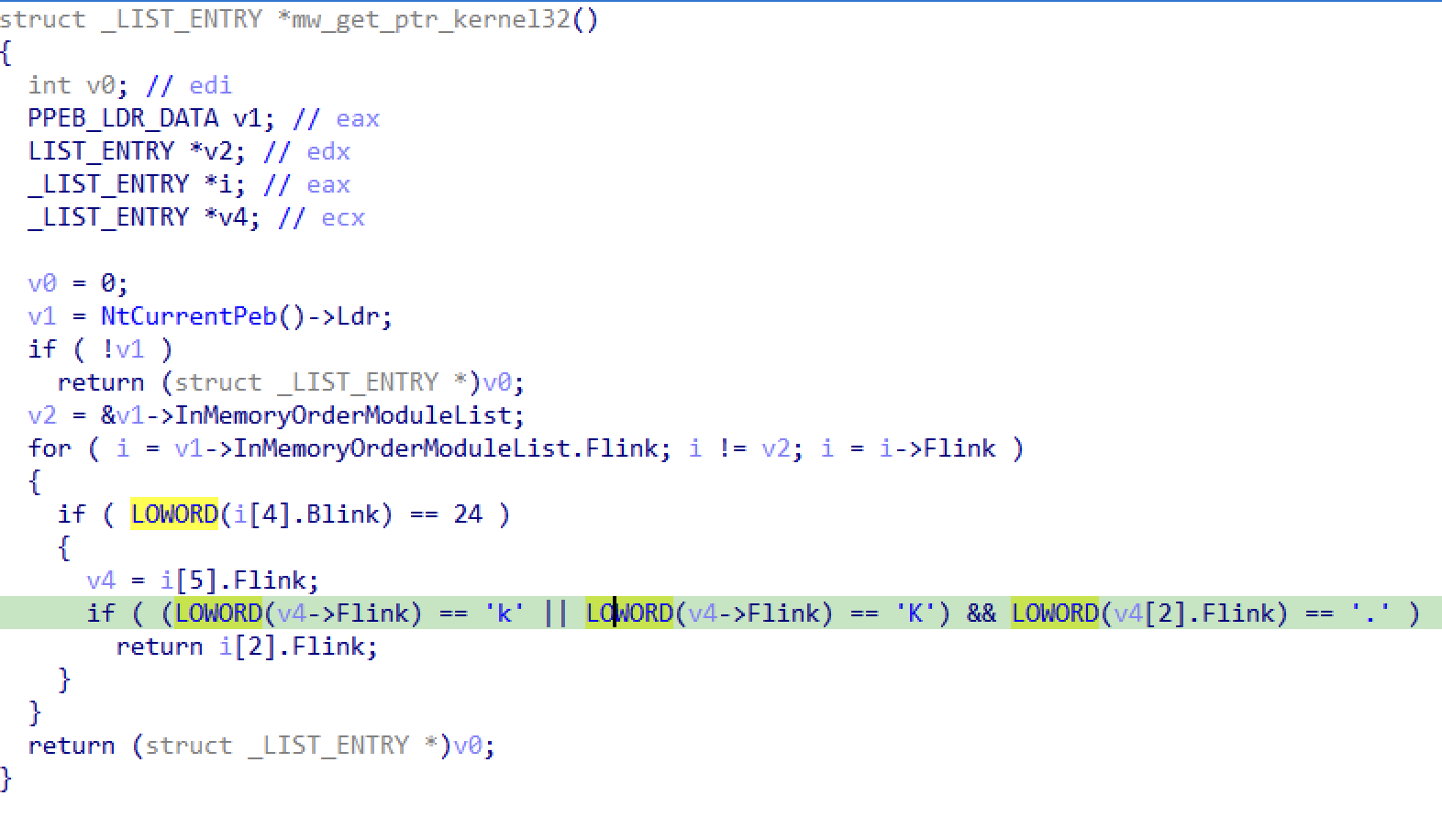 The reason this happens is that the InMemoryOrderModuleList is defined as a LIST_ENTRY in the _PEB_LDR_DATA. The LIST_ENTRY struct simply describes a linked list as follows.

The problem comes from where that struct is actually located in the _LDR_DATA_TABLE_ENTRY...

One hack might be to create our own custom struct that starts at the offset, but this would be madness when dealing with more than a few types... instead we have... shifted pointers!

IDA has a simple concept (with some insane syntax) to deal with this issue called a shifted pointer. When assigning a type to LIST_ENTRY the shifted pointer syntax can be used to tell IDA that it is actually a pointer inside a larger struct with an offset. 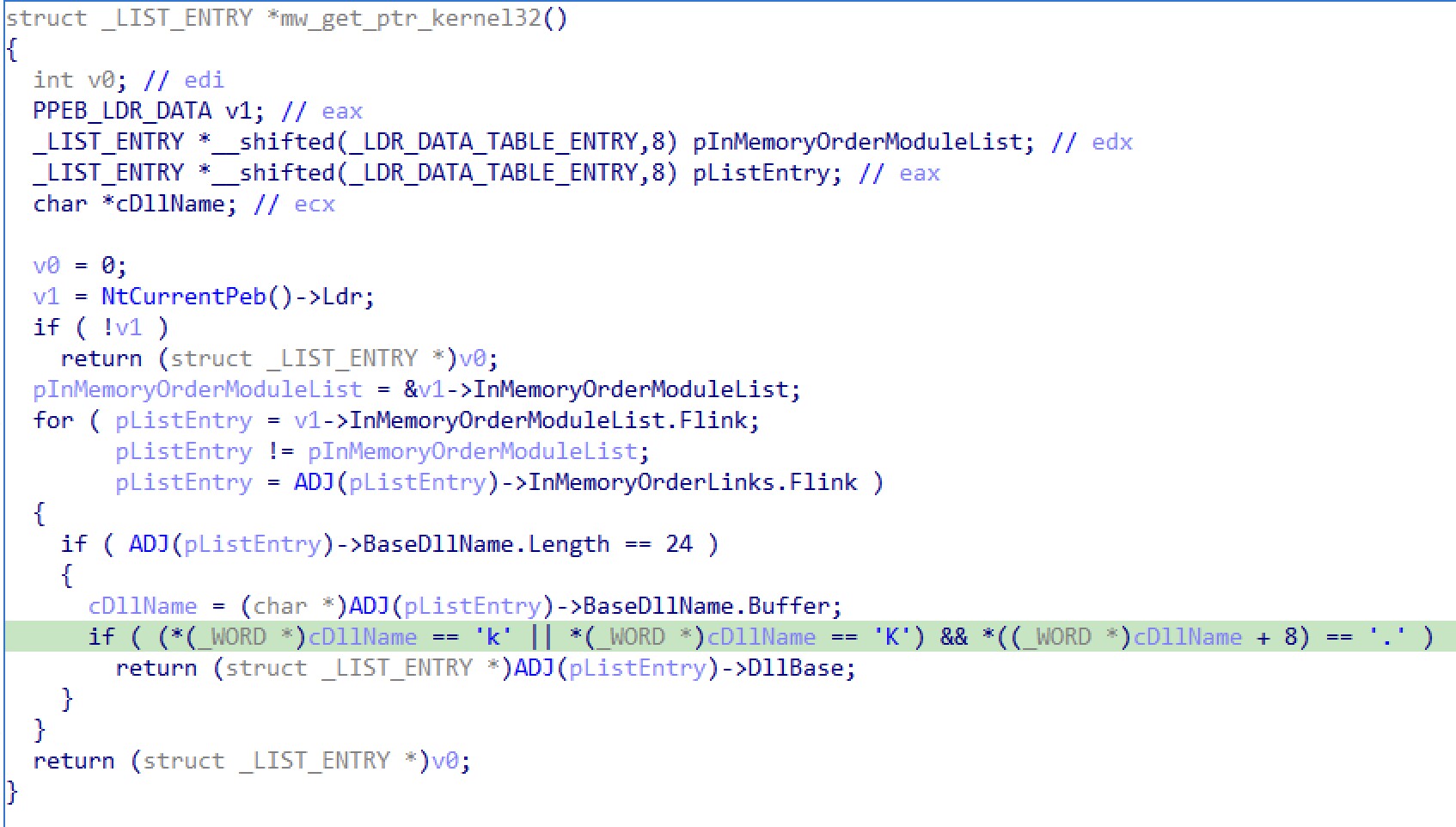 Thanks to everyone who helped me figure this out for once and for all!

This stage only serves one purpose; unpack and execute the final stage. The unpacking algorithm is currently unknown!

Full analysis of Stage 2 (with unpacker)

Instead of analyzing this intermediate stage we are going to try and emulate passed it.

We don't yet have a way to add exception hooks to dumpulator so if we want to do this without knowing the address of the end of stage 2 then we need to modify the dumpulator source code.

Update! @mishap has a public implementation of a quick and dirty approach to modifying dumpulator for a generic approach to this Dirty exception hook

We used some simple emulation to extract the Stage3 shellcode. This stage is easily identifiable because it has many plaintext strings!

We know that Stage3 has an encrypted config with the URL used to download the malware payload. We are going to attempt to use some emulation to extract this.