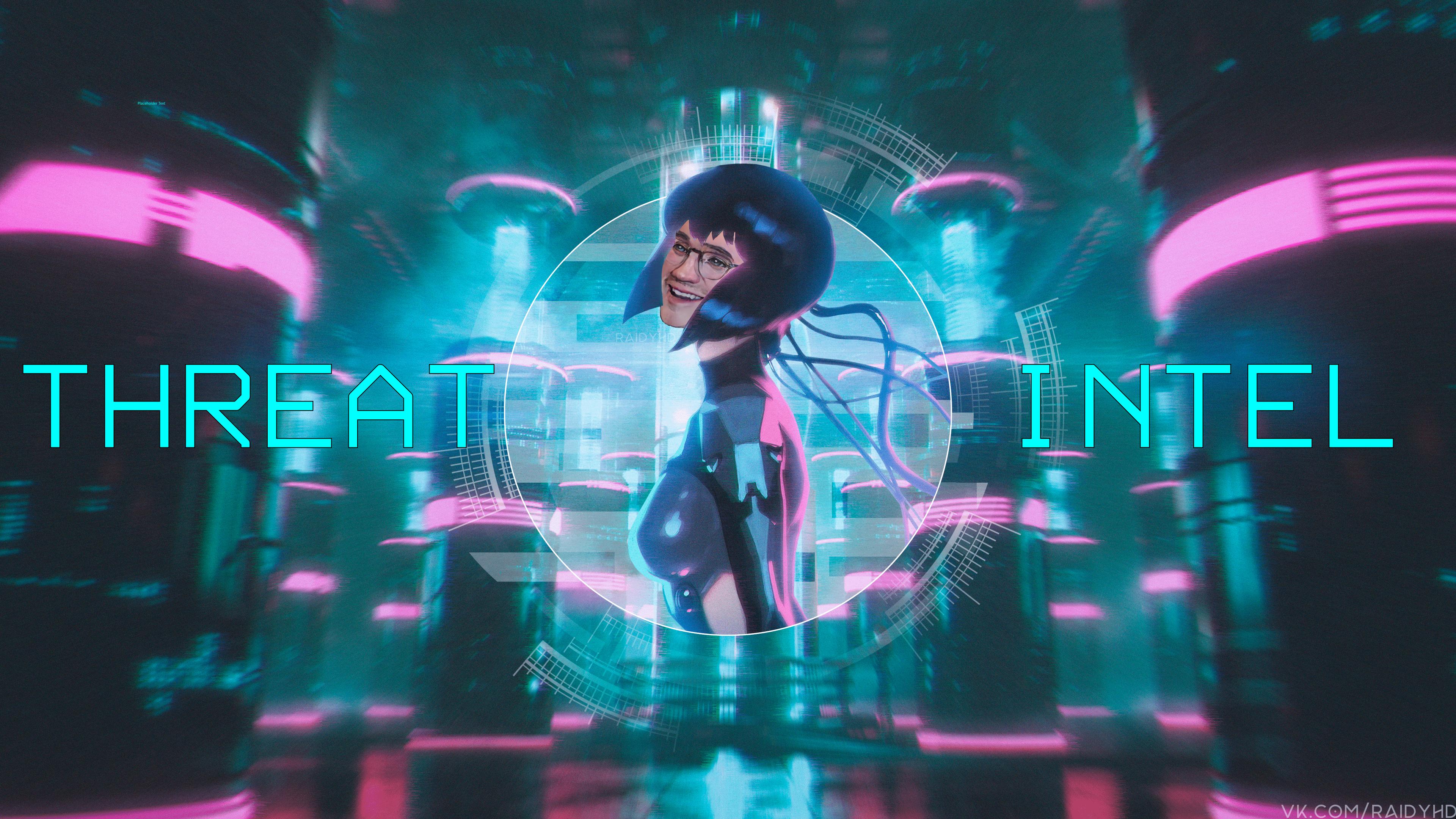 This is a very simplified overview of the cyber threat intelligence production cycle and consumers. It is only meant to inform the most casual of reader as to why we reverse engineer malware.

In a mature corporate security program there needs to be a way for the program to track success, and plan for the future. This is where threat intel plays the largest role. The threat intel product can both provide a picture of the current and emerging threats faced by an organization, as well as provide operational support for their security controls (data feeds for blocklists etc.) 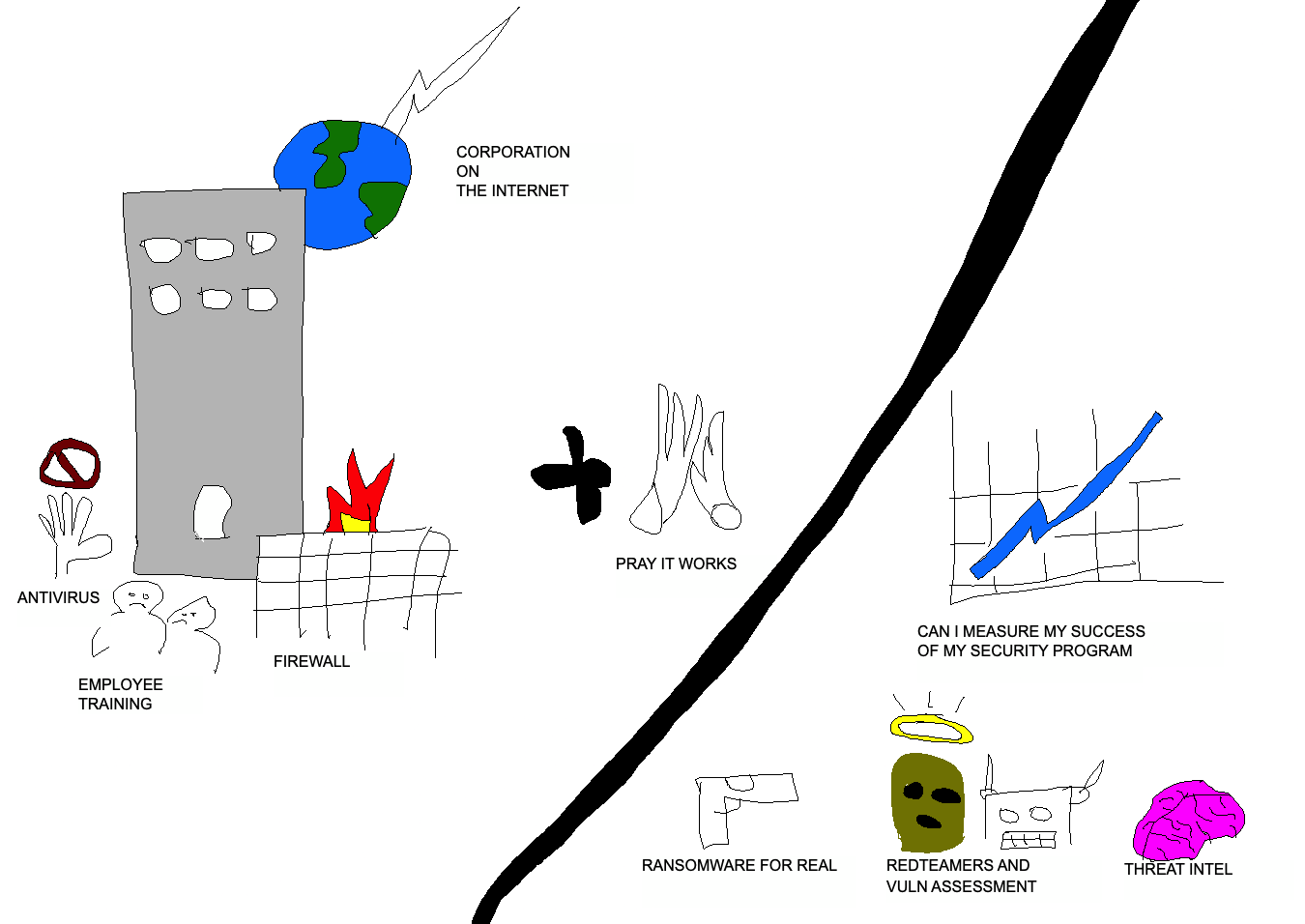 Corporate Consumption of The Intel Product

The corporate value proposition for threat intel is simple; we give you a picture of the threats you face and how they operate so you can protect yourself. In practice the intel product itself takes many forms each oriented towards a different consumer within the organization.

With each step in the in intelligence production pipeline the information is refined and enriched to provide a more informed and compelling picture of the current threat landscape. Technical reports produced by reverse engineers at the technical analysis layer may be producing product that is complete enough to be directly consumed by technical functions within the customer organization.Intelligence analysts sit at the narrow end of the intelligence funnel and are not necessarily technical. The final product from an intelligence analyst can often by summarized for briefing at the C-level of the customer organization.

With the emergence of the detection engineering role (both within the customer organization as well as within the intel production pipeline) there is also a secondary funnel. The primary role of the detection engineer within the intel pipeline is to produce raw intelligence (one step above data) that can be machine consumable for security controls (rules, IOCs, etc.) The primary role of the detection engineer within the customer organization is to consume this raw intelligence and ensure it is fed into their security controls. This hybrid role forms a synergy (cringe) between the intel production pipeline and the security controls products (EDR, FIREWALL, etc.) Sometimes this secondary funnel is referred to as operational intelligence. 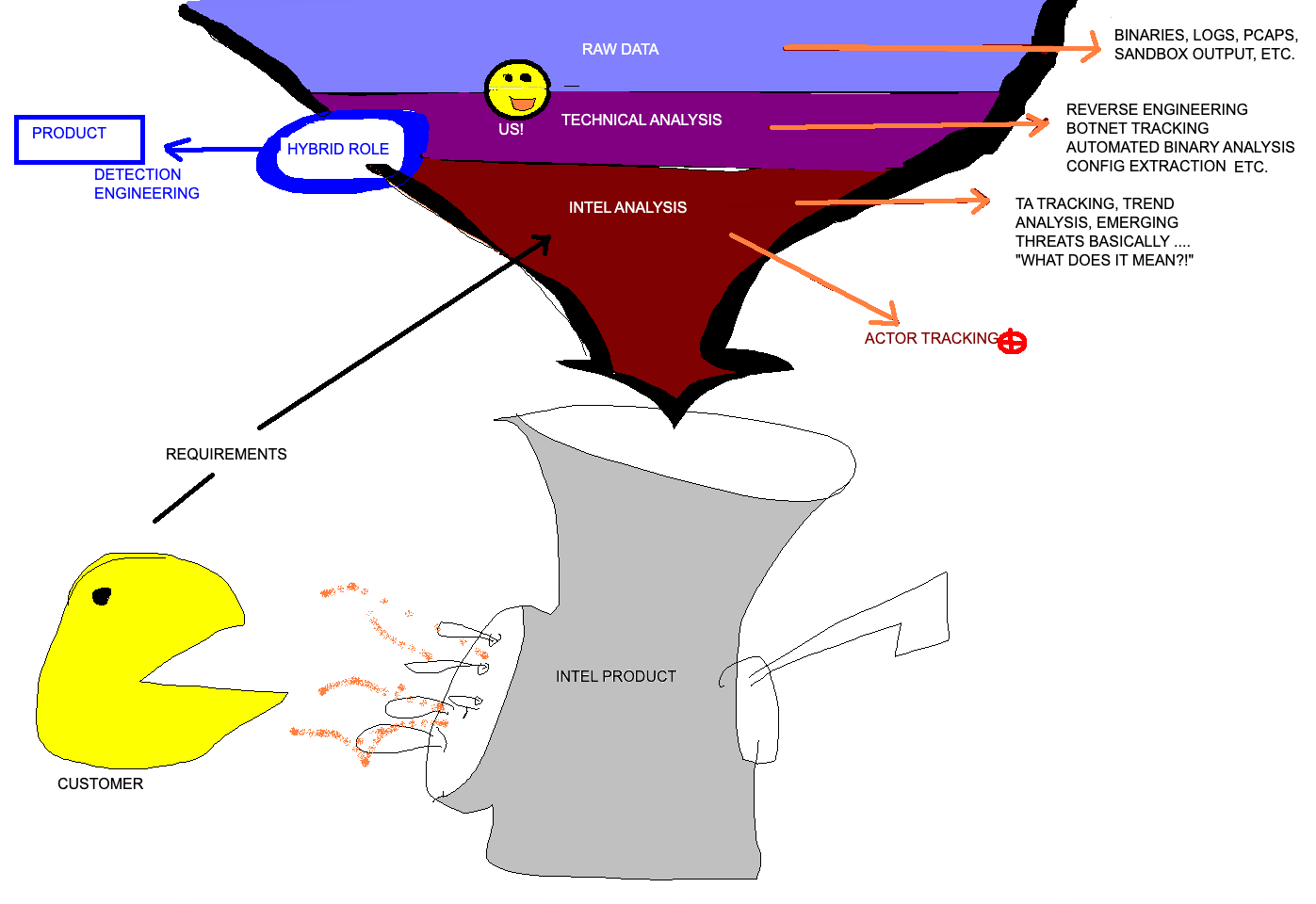 Our tracker will be responsible for pulling down the payloads deployed by dbatloader. Each loader sample contains a download URL which can be used to download a unique (I think?) payload. The payloads are encrypted with a simple format that we reverse engineered on a past stream.